The stadium LED Screen is used on football, basketball, arenas, pool, rinks, etc fields. It can be used to play advertising, score sports, deliver information, and broadcast live. so It can increase the income of sports venues, clubs, and organizations.

With the rise of sports events and the acceleration of the construction of stadiums in recent years, professional LED display screens have become an important facility for game information display and live broadcasts of games in stadiums. We introduce several common stadium LED screens as below.

It is a LED display installed around the stadium perimeter, which can replace the wall and guardrail in the stadium and can play more content on the LED screen, so as to fully meet the display requirements of football, basketball, handball, and other events.

It is connected with the timing and scoring system of the game and plays the players’ game results and related information. From the perspective of the competition, the scoring screen is more important. The key to the scoring led screen is real-time accuracy, clarity, and trying to be more vivid and expressive.

A Ribbon LED Display is a slim LED display that can be custom installed on the court or around an entire court as a supplement to the main LED display. It is specially designed for playing ribbon videos, animation, and advertisement in the stadium. The cabinet is light in weight and easy to maintain, so as to meet the requirements of different installation environments.

It is a conventional large-scale LED display screen installed in the stadium and used to play highlights of games on the field, slow-motion playback or wonderful close-up shots, etc. Let the audience see the game clearly at any distance.

SZLEDWORLD started producing stadium LED screens in 2009, after more than 13 years of effort work, and continuous investment in technology and equipment, we have grown into a leading manufacturer of stadium LED displays in China.

Video of The Stadium LED Screen 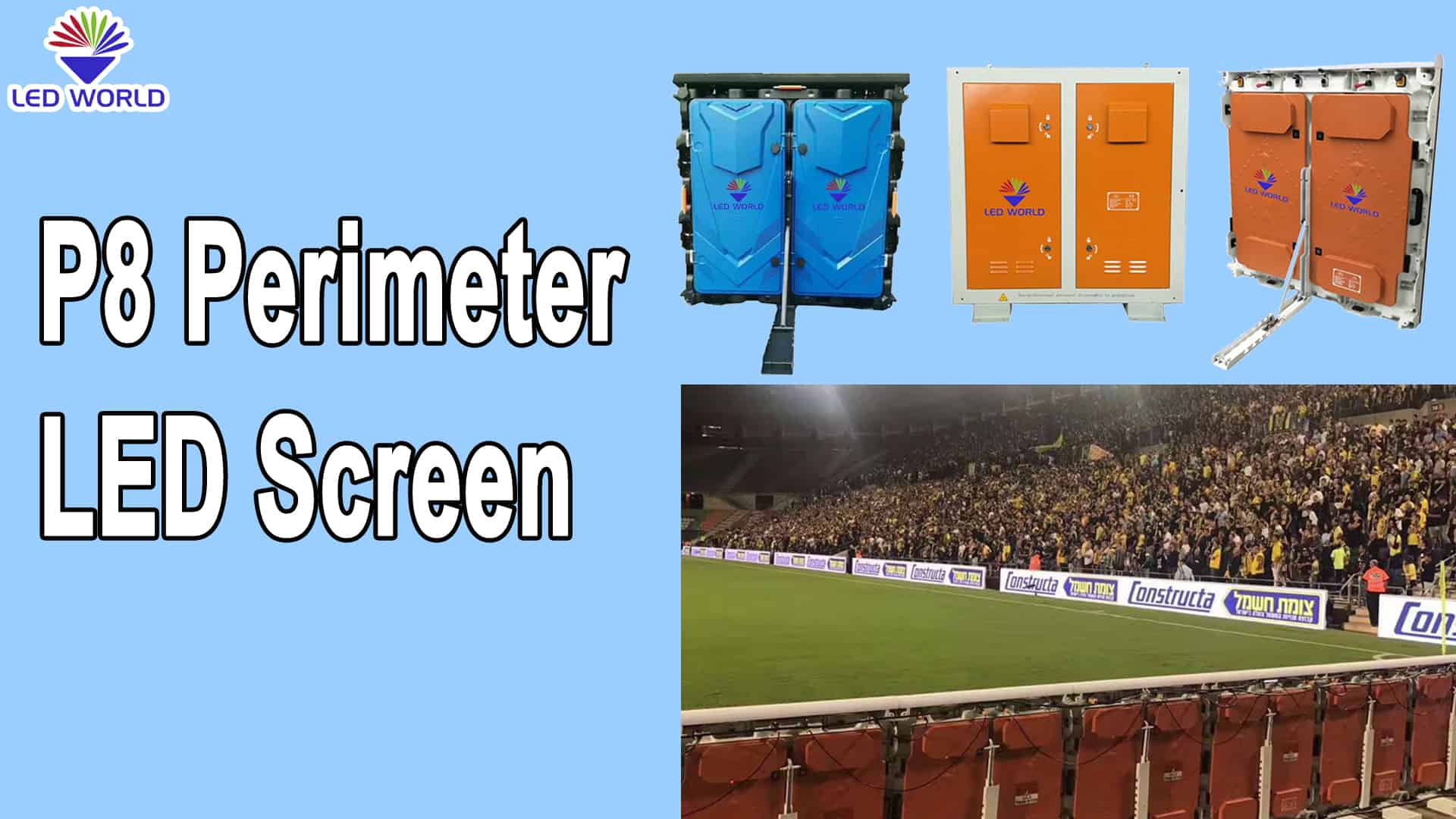 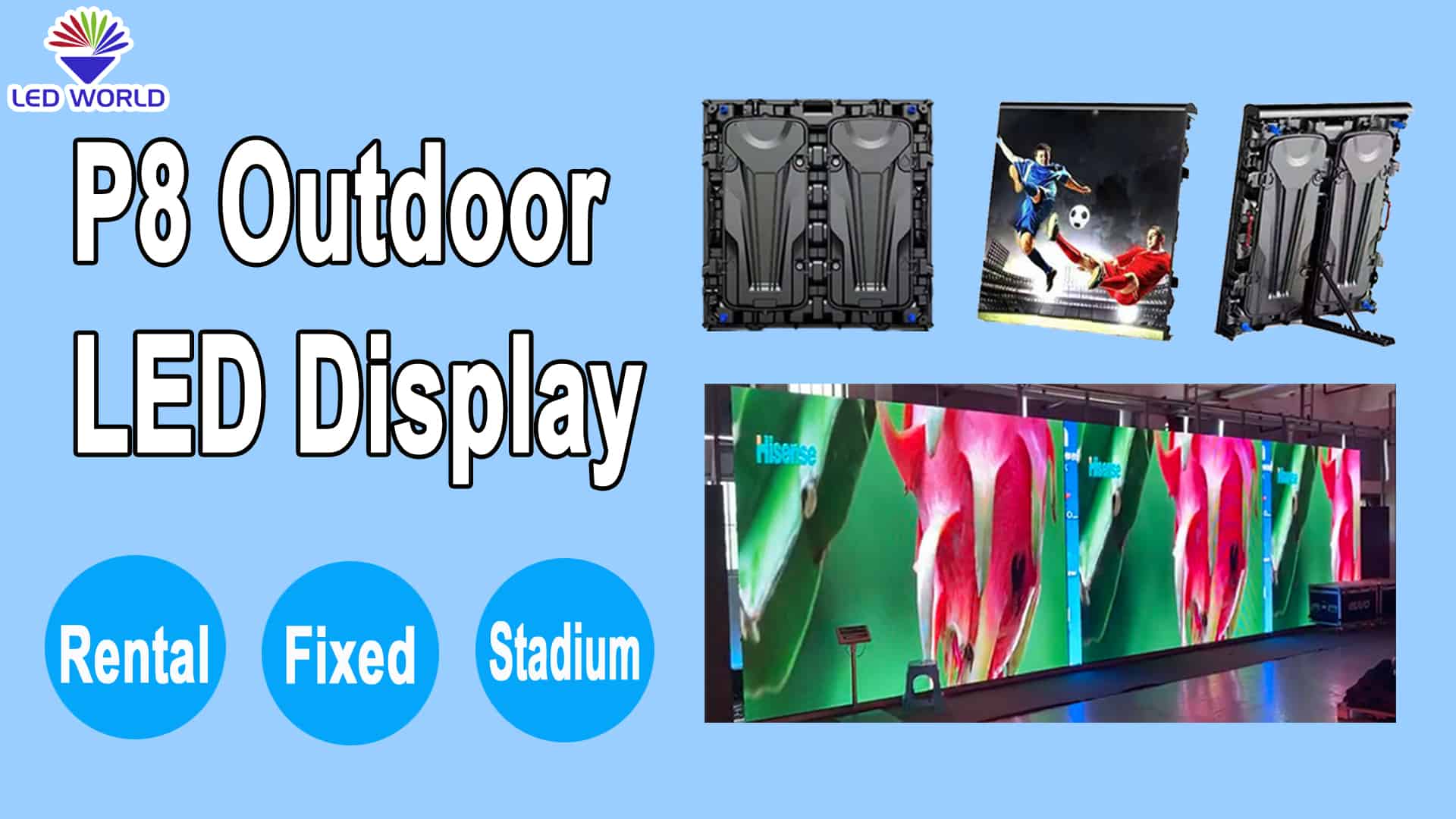 A Jumbotron or Jumbovision or Stadium LED Screen. It is an application of LED display technology in the stadium

The price of stadium LED display ranges from 400USD/square to 4000 USD/square, which is related to the following factors: 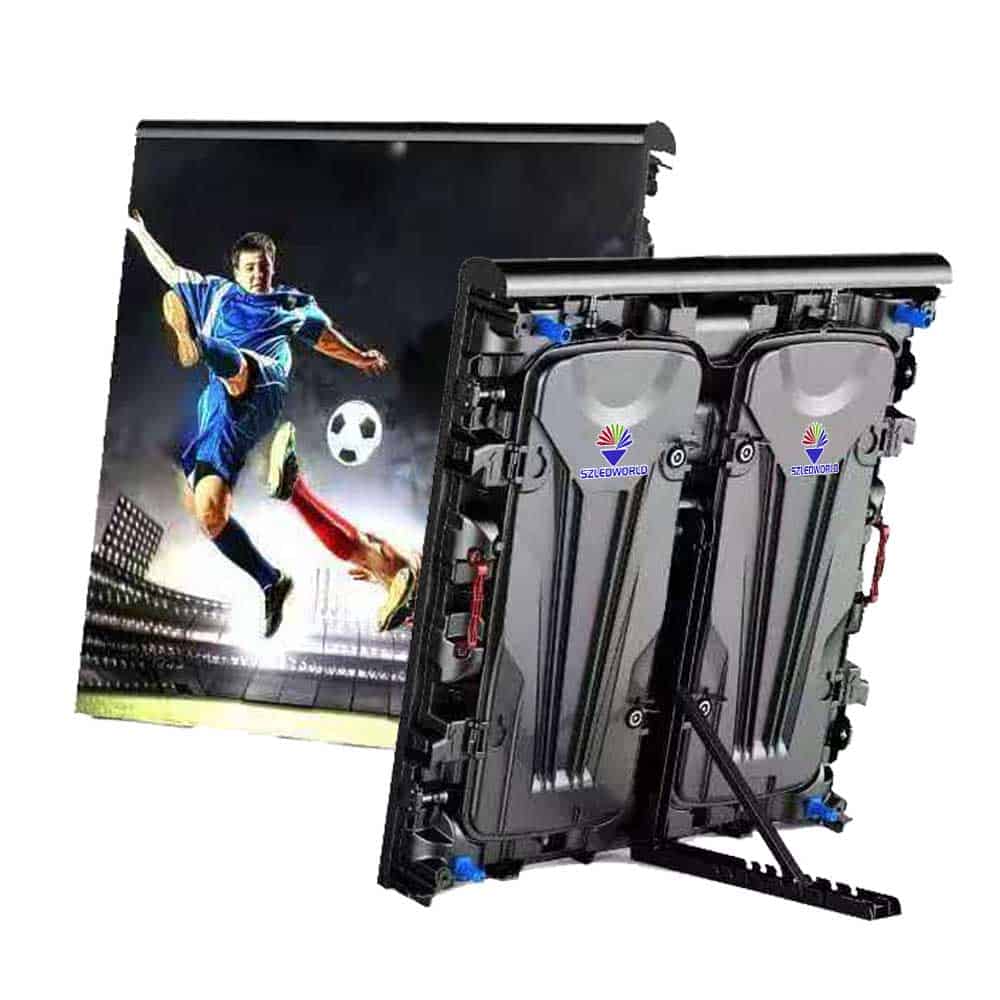 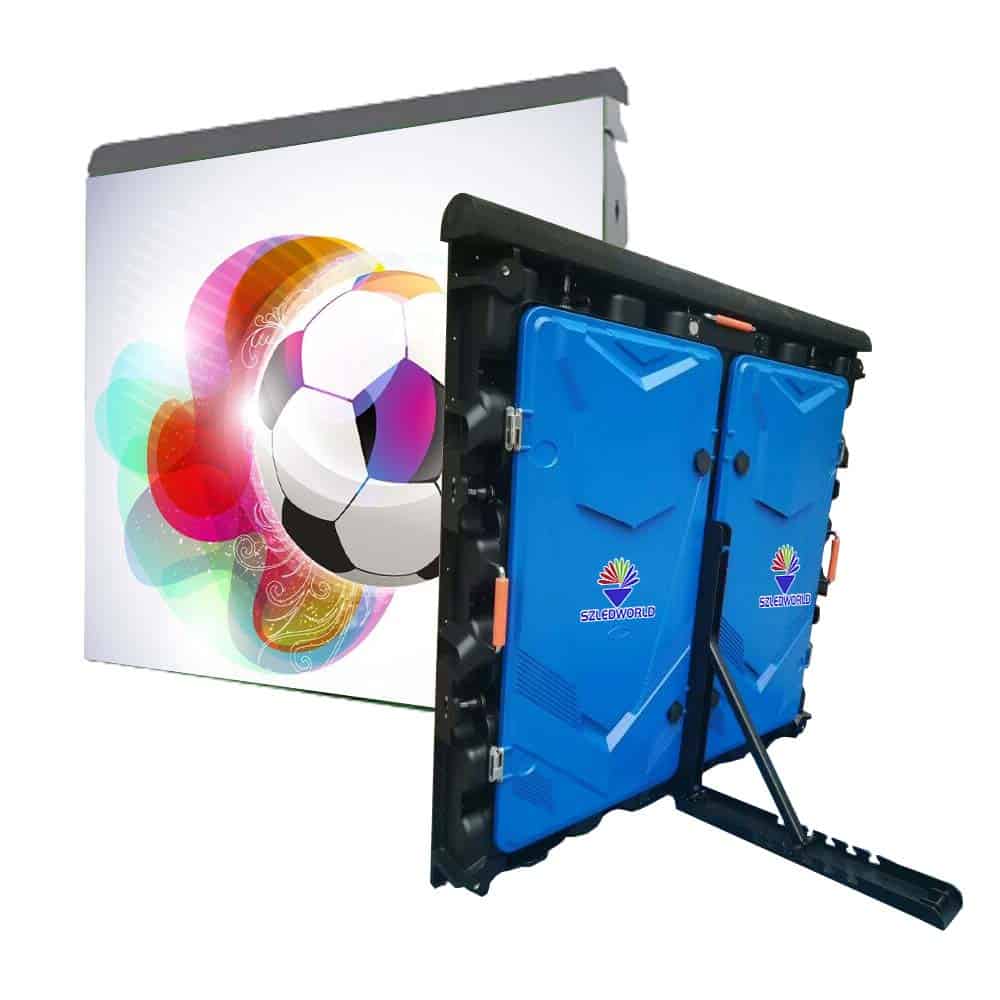 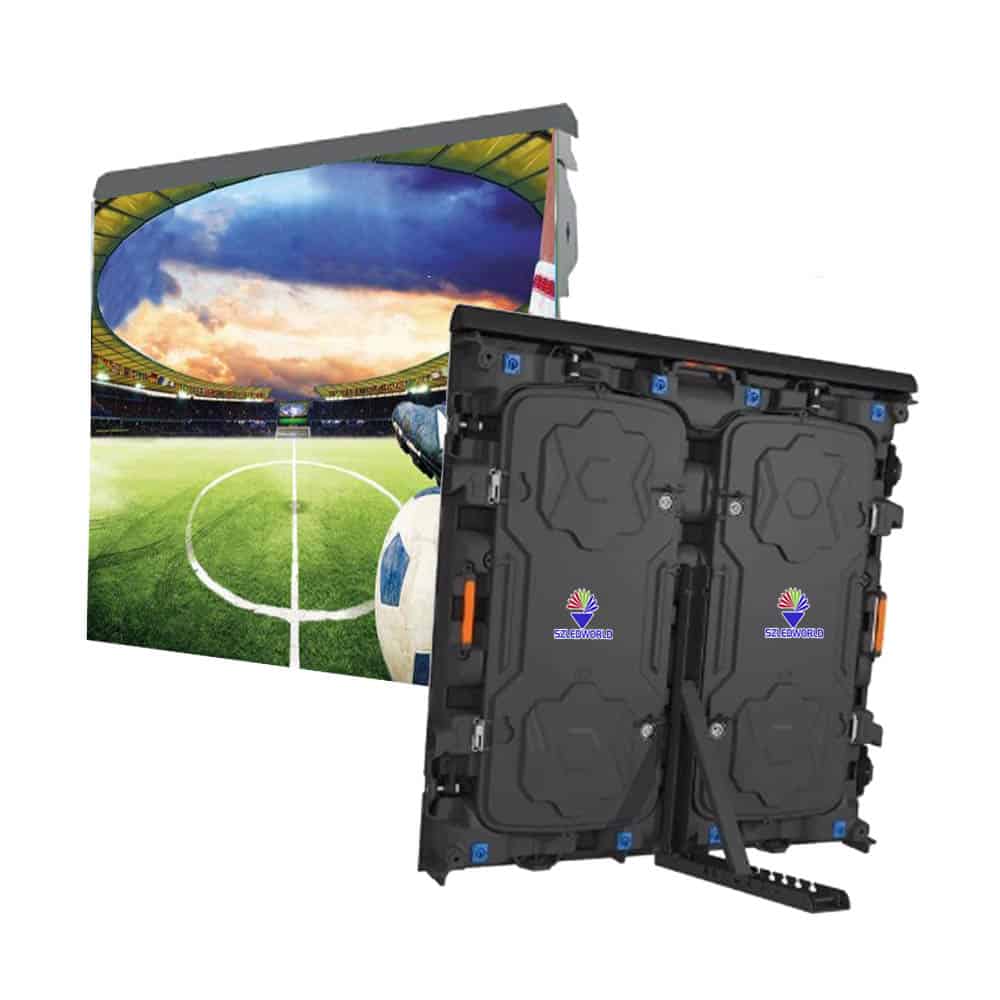 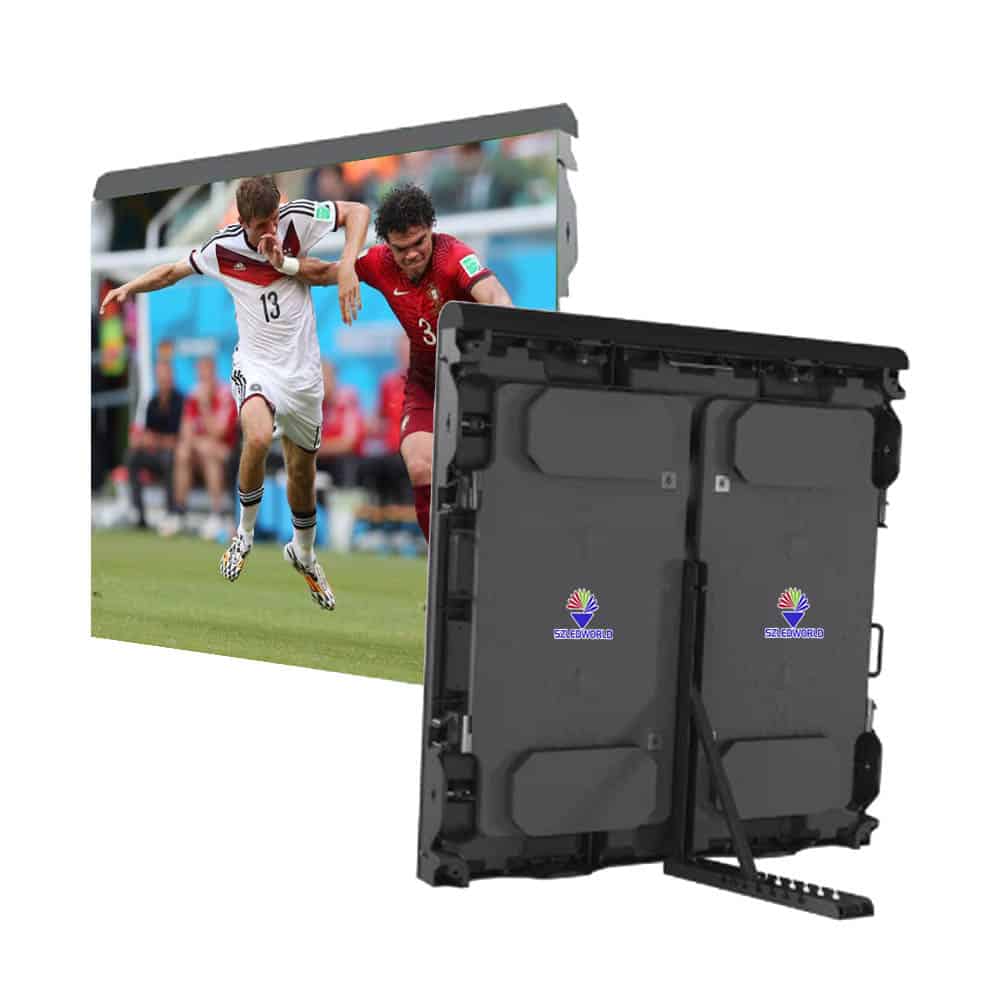 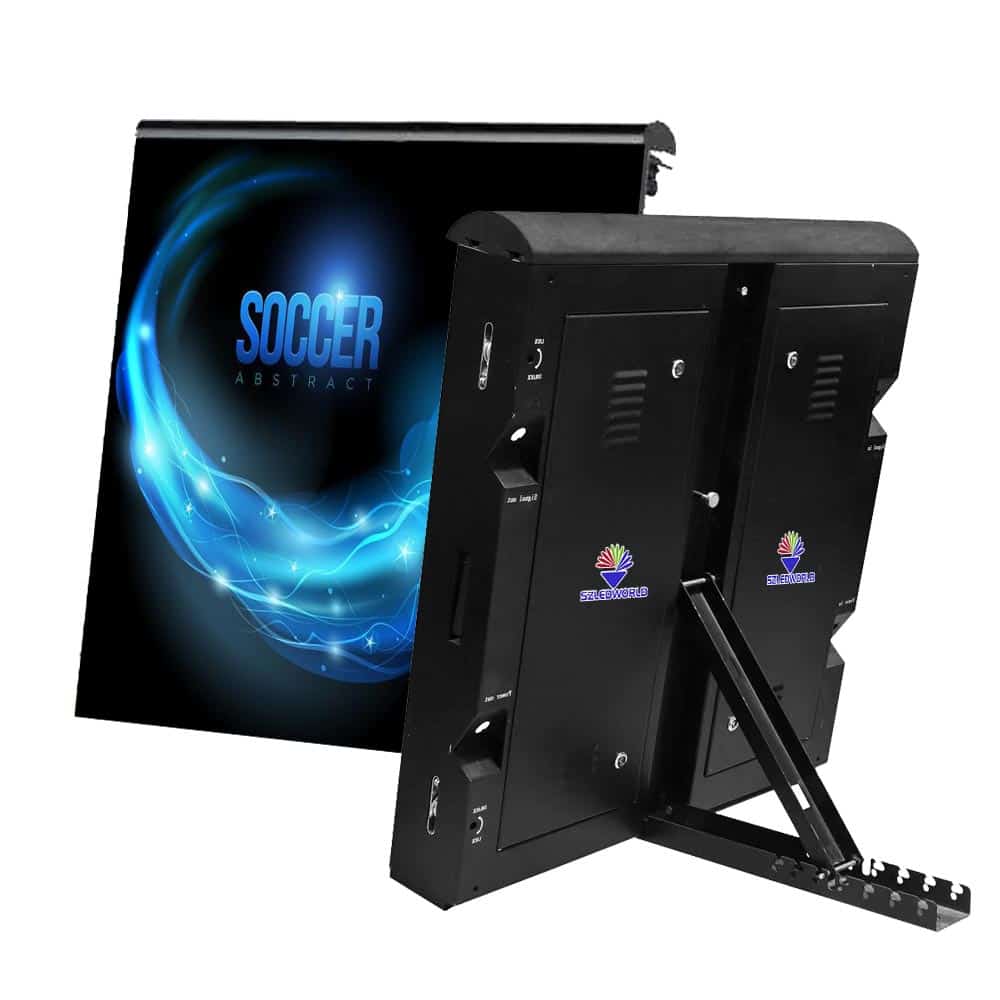 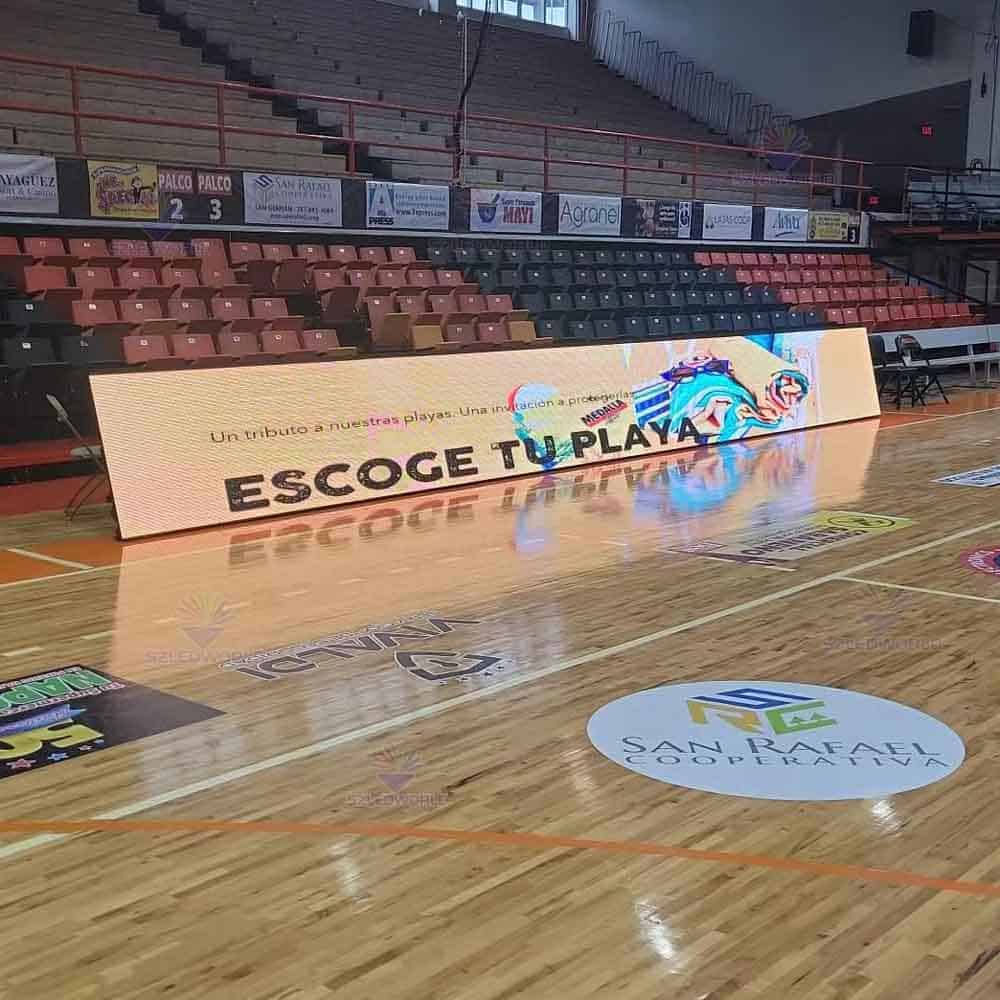 Other Types of LED displays

Szledworld is the only company, that can provide LED Wall displays in all forms and custom fabrication services in China. Partnering with Szledworld provides excellent opportunities to grow your customer base and enhance your revenue by offering INTEGRATED solutions in the LED Wall Display.